The Living Wage Foundation is pleased to announce that REVOLVER, has today, been accredited as a Living Wage employer.

The Living Wage commitment will see everyone working at Revolver (World) Co-operative Ltd / Revolver Music Ltd, regardless of whether they are permanent employees or third-party contractors and suppliers; receive a minimum hourly wage of £7.85 – significantly higher than the national minimum wage of £6.50.

The Living Wage is an hourly rate set independently and updated annually. The Living Wage is calculated according to the basic cost of living using the ‘Minimum Income Standard’ for the UK. Decisions about what to include in this standard are set by the public; it is a social consensus about what people need to make ends meet. Employers choose to pay the Living Wage on a voluntary basis. The Living Wage enjoys cross party support, with public backing from the Prime Minister and the Leader of the Opposition.

Living Wage Foundation Director, Rhys Moore said: “We are delighted to welcome REVOLVER to the Living Wage movement as an accredited employer.

“The best employers are voluntarily signing up to pay the Living Wage now. The Living Wage is a robust calculation that reflects the real cost of living, rewarding a hard day’s work with a fair day’s pay.

“We have accredited over 1,700 leading employers, including REVOLVER, ranging from independent printers, hairdressers and breweries, to well-known companies such as Nationwide, Aviva and SSE. These businesses recognise that clinging to the national minimum wage is not good for business. Customers expect better than that. “

About the Living Wage Foundation

The Living Wage Foundation recognises and celebrates the leadership shown by Living Wage employers across the UK. There are currently over 700 accredited employers. We are an initiative of Citizens UK. We believe that work should be the surest way out of poverty.

Revolver has been paying the Living wage since 2014, and is pleased to now be officially recognised for its contribution.

Revolver ranks 2nd out of 34 brands for Ethics, as judged by Ethical Consumer Magazine and bears their “Best Buy” logo. In 2015 Revolver World Fairtrade Ethiopia coffee was one of only four Fairtrade coffee winners of The Great Taste Awards

Revolver is moving forwards towards the Fair Tax mark, is a licensee of The Fairtrade Foundation and The Soil Association and was the sixth company to be accredited by The City of Birmingham for The Charter for Social responsibility.

Revolver is an Industrial & Provident Society. Registered with the FCA Mutual Registry 31024R & organised as a multi-stakeholder Co-operative. 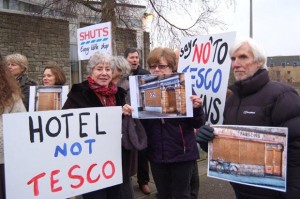 Sherborne, Dorset: local retailers are petitioning against the opening of a 28,000 sq. ft. Tesco. Sherborne, Dorset: protestors petition the council not to give planning permission for Tesco to open a 28,000 square foot store

Meanwhile to coincide with store openings, the old High street gets dug up to lay new gas pipes and water mains. 9,000 people have signed a petition asking for the planned Tesco store not to open, so what do Tesco put there popularity (or lack of it) down to? Is it the threat of closure of small business or the fact that their stores are jampacked full of overseas suppliers and corporations’ brands?

If plans go ahead, one of the two hotels in Sherborne will have to close. Campaigners say that even Tesco’s Head of Corporate Affairs appeared not to shop there — she was seen to have a Waitrose bag on her back seat.

END_OF_DOCUMENT_TOKEN_TO_BE_REPLACED

So what is the International Year of Co-operatives?

The UN put together this spangly little video explaining the International Year of Co-operatives and what the IYC means for everyone. As we approach Co-operatives United – where we’re exhibiting! – find out a little more about the amazing force for good which everybody can get involved with.

Volunteering opportunities are now available with Revolver during Co-operatives United – Revolver’s Pioneer Cafe is set to be a focal point in an amazing central exhibition. We can’t reveal all just yet, but if this sounds interesting get in touch…

Why I’m Passionate about Fairtrade Why am I passionate about Fairtrade? For a start, it’s not ‘unfair trade’. It’s the confidence the FLO label gives to me, the customer, that the produce I buy in my local co-op store – coffee, tea, cotton, wine – is sourced from producers, often co-operatives, that have good conditions for their workers, that do not exploit children, and that collectively decide on the community benefit to be funded by the Fairtrade premium we pay. It’s about trade justice too, and supporting the aim of progressive governments to promote social and environmental development for the poorer countries we trade with.  World trade in agriculture is dominated by multinational corporations and in many parts of the third world one or two companies can dictate terms to the detriment of the farming communities. Women are particularly affected by unfair trade practices because in the third world more than two-thirds of women work in agriculture.  As a woman as well as a co-operator, I want to help make a difference. By putting into practice our ethical values and principles, we in the Co-operative movement in Britain can play a part in redressing the unfair balance of trade through which the rich get richer and the poor get poorer.  We can bring some fairness and honourable dealing into the sourcing of our products.  We can support the social and economical development of poorer communities in the third world. We can support co-operatives within those communities, and we can support the women and children who are so often marginalised or exploited in the so-called free trade system. And whilst it’s important to me that I should buy Fairtrade goods, I also want to campaign for Fairtrade and spread the message to others.  I’m involved with my local Fairtrade group which worked with local businesses, schools and churches to achieve Fairtrade accreditation for our village, and we continue to campaign to raise awareness, for example running a Fairtrade stall alongside the Midcounties Co-operative stall at the recent Jubilee celebrations in the village.  Fairtrade has become part of my life. Jean Nunn-Price MBE   Pic: Jean at the Jubilee Fairtrade stall.
Facebook
Twitter
Instagram

Revolver presents a basket of Fairtrade commodities and a Framed Wolverhampton FC players shirt autographed by the players – as fundraising prizes for Tettenhall Wood School. The school is a specialist school with 55 children with moderate-to-severe Learning difficulties. Olivia is a community governor on behalf of the Revolver society and recently elected to vice Chair of the board of Governors. 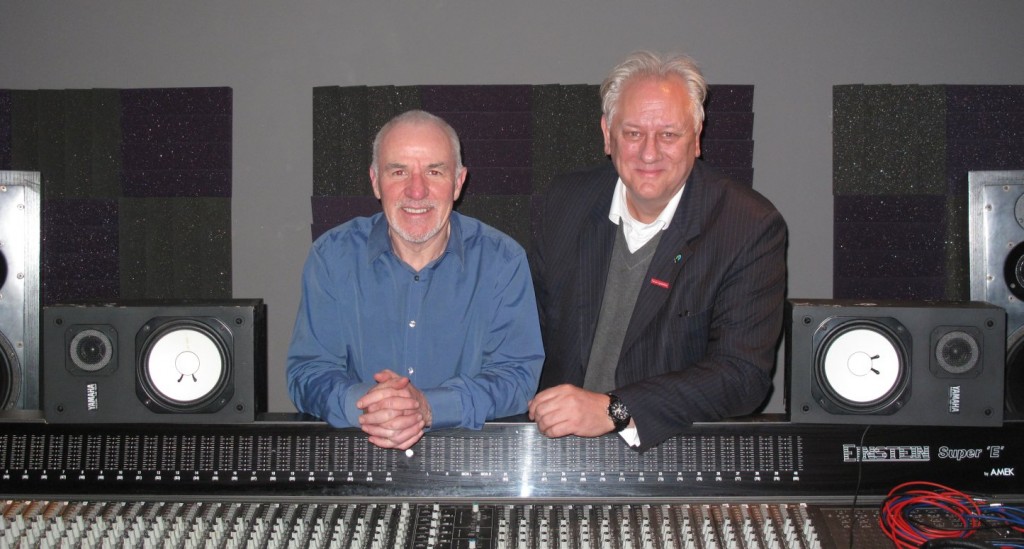 After much anticipation, Wakefield Community Gospel Choir are here with their debut “Divine” released by Revolver Music. The EP is an  incentive to raise money for Hands of Hope -a charity dedicated to building relationships in some poorest communities in the world.

The Divine EP is an inspiring little compilation of gospel song and traditional african music guarranteed to enliven the soul. The album title originates from the group’s ties with Fairtrade chocolate company Divine while its musical influences are formed behind the Church’s philanthropy in the devolping world.

Wakefield Community Gospel Choir – The Divine EP on iTunesAll proceeds of this release go to Hands of Hope Charity and the Bible Society.

Find out more about Hands of Hope here and Divine Chocolate here.

The Divine EP is an inspiring little compilation of gospel song and traditional african music guarranteed to enliven the soul. The album title comes from the group’s ties with Fairtrade chocolate company Divine while its musical concept is influenced the Church’s philanthropy in the devolping world. You can download a copy from iTunes using the link below.

All proceeds go to Hands of Hope Charity and the Bible Society. Find out more about Hands of Hope here and Divine Chocolate here.

As part of Fairtrade Fortnight, we’re at the Oxford Midcounties Co-operative Fairtrade Fair, featuring a fashion show, free Shrove Tuesday pancakes (yum!) and chocolate tasting with a delegation of Ghanaian farmers from the Kuapa Kokoo plantation are visiting with Divine Chocolate.

We were also treated to some African drumming – we’ll try and get a couple of clips up on here!

Later in the day, we got to hear from Harriet and Fatima, two Ghanaian producers from the Kuapa Kokoo cocoa co-operative who travelled over to speak at some of the events during Fairtrade Fortnight – and after that everyone was treated to some (fantastic – and incredibly loud!) African drumming from the Joliba drummers. Photos below, a video imminently – and the second instalment of the Revolver World podcast will feature some of the sights and sounds from the event, including an interview with Fatima and Harriet. Check back soon for all those goodies yet to arrive.
Categories: Charitable Causes, Events, Fellow Fairtraders, General