Free Next Day Delivery when you spend £30 or over

We often hear that Ceylon tea is infused with an array of health benefits. But what exactly are they? What’s the evidence? And what makes Ceylon tea so special? Ceylon tea is grown in Sri Lanka and derives its name from the British name for the former territory. The region’s tropical climate, acid-rich soils, and range of elevation make it ideal for tea production and infuse its tea with a range of beneficial ingredients.

Ceylon tea is rich in antioxidants, proteins, and polyphenols. The latter is a plant compound found also in berries, red wine, and—you’ll be pleased to know—dark chocolate. It is particularly beneficial because it neutralises harmful free radicals which damage our cells and lead to conditions like cancer, heart disease, and diabetes. Ceylon tea is among nature’s most effective defences against a myriad of health conditions. Here’s a full breakdown of its benefits.

What are the benefits of Ceylon tea?

Lifting a cup of tea to your mouth might not burn many calories, but tea drinking can help us lose weight in other ways. Ceylon tea boosts our metabolism, meaning that we burn fat faster and more efficiently, as well as reducing fat formation and increasing fat breakdown.

Ceylon Green Tea is particularly effective at targeting weight loss. A recent scientific study showed that moderately obese consumers of green tea underwent a 4.6% reduction in body weight and a 4.48% reduction to their waistline. That’s because the green tea extract AR25 is a natural combatant of obesity, decreasing the gastrointestinal absorption of fats and stimulating thermogenesis (the dissipation of energy through heat production).

So is it only green tea that helps aid weight loss? It seems not. There’s growing evidence that black tea is also effective in reducing your waistline. Just go easy on the sugar!

2. Drinking tea is good for your skin

Fast forward 500 years and we know that the benefits of green tea come from the fact that it is rich in minerals such as potassium, magnesium and zinc, and polyphenols and tannins. Green Ceylon tea is infused with antioxidant and antibacterial properties, some of which reduce collagen loss in the skin, improving elasticity, keeping the skin taut and strong and reducing wrinkles and dryness.

One of the most noticeable benefits of Ceylon tea is that it can combat signs of premature ageing. Packed full of nutrients, Black Ceylon Tea contains three of the best vitamins for the skin – Vitamins B2, the C, and E. Studies have shown that B-complex vitamins can produce healthy new skin cells, making them ideal for scar or wound healing. Vitamins C and E are powerful antioxidants, meaning they can combat or even reverse the radical-induced oxidative damage that manifests itself as skin ageing.

Ceylon tea contains higher levels of potassium than teas grown in other regions. A single cup of Ceylon tea provides 25mg of potassium which is an essential mineral for a healthy heart.

As well as lowering cholesterol, potassium acts as a vasodilator, relaxing veins and arteries to reduce blood pressure and ease the load on your heart. Indeed, there’s plenty of academic research which shows that tea drinkers reap the rewards of good cardiovascular health.

Regular consumption of Ceylon tea can also reduce your chances of suffering a stroke.

A study by the Netherlands National Institute of Public Health found that regular consumers of three cups of back tea a day were at 13% less risk than non tea-drinkers.

This is in part because tea contains catechins which both strengthen arteries and reduce their hardening and clogging. But since Ceylon tea is also richer in potassium, which further relaxes veins and arteries to reduce blood pressure, the benefits of Ceylon tea are even greater.

A recent study from the National University of Singapore revealed that regular tea drinkers have better-organised brain regions and healthier cognitive functions than non tea-drinkers. I haven’t yet finished the article, but I’d suggest that testament to the benefits of Ceylon tea is that I’m drinking a cup of it now, this article is at least relatively logically structured, and I don’t think I’ve made any typos. Let’s dive deeper into the benefits of Ceylon tea on our mental faculties.

It may stave off Alzheimer’s

Ceylon White tea improves brain function by fighting inflammation and preventing the buildup of nerve-damaging proteins in the brain. A 2006 study in the Journal of Nutrition, Health, and Aging found that frequent tea drinking was associated with a lower risk of dementia and Alzheimer’s, particularly among people with the APOE e4 gene who are predisposed to the disease.

People that suffer from anxiety might want to try Ceylon tea for its beneficial mental health properties. The L-theanine present in all tea but prevalent in white tea helps in the production of gamma-aminobutyric acid (GABA). Produced in the brain, this amino acid is a neurotransmitter which lowers the activity of neurons in the brain, producing a calming effect.

Polyphenols, one of the antioxidants found in Black tea can reduce the Glycerin index. Research has found that daily consumption of three cups of black tea helps to reduce the risk of type 2 diabetes by 42%.

The relationship between tea consumption and cancer prevention has been of widespread scientific interest since the 1980s. And while the exact biochemical mechanisms remain difficult to establish, the benefits of (especially green) tea for the prevention of certain types of cancers are compelling if not ultimately inconclusive.

Boiling tea leaves creates catechins, a naturally occurring polyphenol which can reduce the risk of common adult cancers. During the enzymatic oxidation of tea manufacturing, these catechins form theaflavins and thearubigins which are the primary red pigment in black tea. These possess an array of health benefits, including anti-cancer, anti-inflammatory, glucose-lowering and anti-obesity properties.

Scientific studies are yielding ever more evidence for catechins reducing the risk of breast cancer. Tea catechins have been shown to inhibit the dangerous metastasis of breast cancer cells through the modulation of certain proteolytic enzymes. It’s important to measure our expectations here though. While animal studies have produced conclusive results regarding the benefits of Ceylon tea in preventing cancer, human studies have not. For further research, click here for an extensive and well-indexed list of peer-reviewed journals.

So what are the main benefits of Ceylon tea consumption? Boosted cardiovascular and heart health, improved cognitive abilities, aided weight loss and protection against a number of chronic diseases.

The three types of Ceylon tea

Ceylon tea comes in three types, all of which are bursting with antioxidants, flavonoids, and polyphenolic compounds: 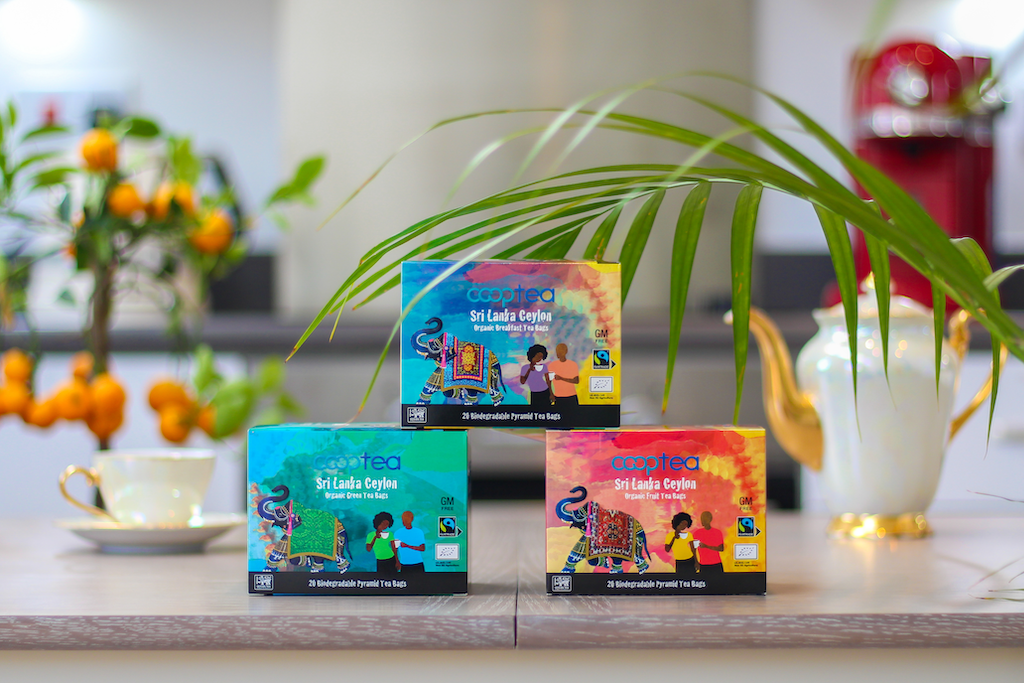 Revolver World sources the finest fairtrade tea from one of Sri Lanka’s oldest tea plantations. All our tea is organic and its leaves have been hand-picked and traditionally blended to preserve its quality. And it’s this quality which has won us Great Taste Awards for our English breakfast tea and Mixed Berry Ceylon Tea.

We are committed towards economic sustainability among the producer communities we work with. That’s why we source our Ceylon tea exclusively from member-owned, principle-driven and community-based cooperatives that value their producers.

We are also committed to ecological sustainability. That’s why our tea, once blended,  is packaged in fully biodegradable Soilon® pyramid tea bags, and each box recyclable box is wrapped in biodegradable cellophane. 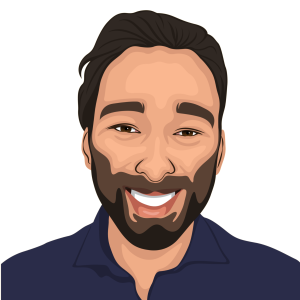 Alexander Meddings is an experienced copywriter and committed coffee drinker. He lives in Rome, Italy, where he pursues his passion for history and plies his trade in travel and education.
Leave a Reply Cancel reply

This site uses Akismet to reduce spam. Learn how your comment data is processed.

Except where stated, this site and its contents are © Copyright 2022 Revolver Co-operative Limited